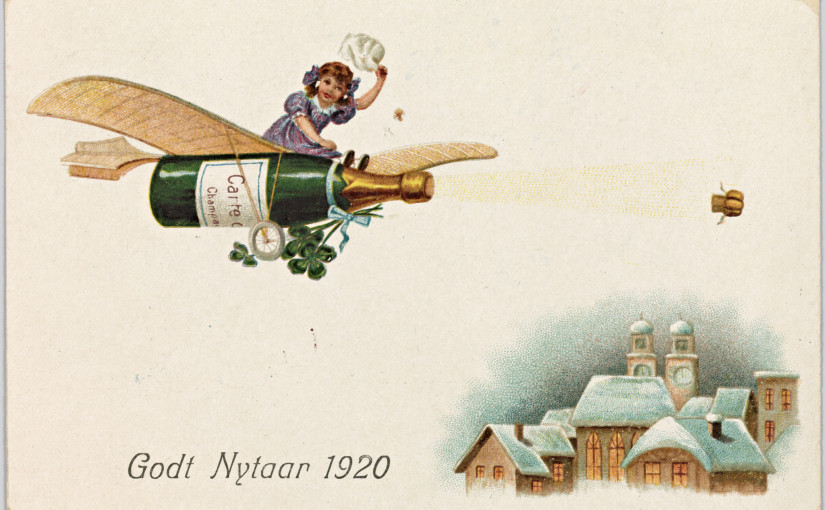 I was in London this week for the Linked Pasts event, where I presented on trends and practices for open data in cultural heritage. Linked Pasts was a colloquium on linked open data in cultural heritage organised by the Pelagios project (Leif Isaksen, Elton Barker and Rainer Simon with Pau de Soto). I really enjoyed the other papers, which included thoughtful, grounded approaches to structured data for historical periods, places and people, recognition of the importance of designing projects around audience needs (including user research), the relationship between digital tools and scholarly inquiry, visualisations as research tools, and the importance of good infrastructure for digital history.

My talk notes are below the embedded slides.

Open Data: Trends and Practice within Cultural Heritage. AKA, the good, the bad, and the unstructured…

My discussion points are based on years of conversations with other cultural heritage technologists in museums, libraries, and archives, but inevitably I'll have blind spots. For example, I'm focusing on the English-speaking world, which means I'm not discussing the great work that Dutch and Japanese organisations are doing. I've undoubtedly left out brilliant specific examples in the interests of focusing on broader trends. The point is to start conversations, to bring issues out into the open so we can collectively decide how to move forward.

The good news is that more and more open cultural data is being published. Organisations have figured out that a) nothing bad is likely to happen and that b) they might get some kudos for releasing open data.

Generally, organisations are publishing the data that they have to hand – this means it's mostly collections data. This data is often as messy, incomplete and fuzzy as you'd expect from records created by many different people using many different systems over a hundred or more years.

Copyright restrictions mean that images mightn't be included. Furthermore, because it's often collections data, it's not necessarily rich in interpretative information. It's metadata rather than data. It doesn't capture the scholarly debates, the uncertain attributions, the biases in collecting… It certainly doesn't capture the experience of viewing the original object.

Licensing issues are still a concern. Until cultural organisations are rewarded by their funders for releasing open data, and funders free organisations from expectations for monetising data, there will be damaging uncertainty about the opportunity cost of open data.

The data that's released is often pretty unstructured. CSV files are very easy to use, so they help more people get access to information (assuming they can figure out GitHub), but a giant dump like this doesn't provide stable URIs for each object. Records in data dumps rarely link to external identifiers like the Getty's Thesaurus of Geographic Names, Art & Architecture Thesaurus (AAT) or Union List of Artist Names, or vernacular sources for place and people names such as Geonames or DBPedia. And that's fair enough, because people using a CSV file probably don't want all the hassle of dereferencing each URI to grab the place name so they can visualise data on a map (or whatever they're doing with the data). But it also means that it's hard for someone to reliably look for matching artists in their database, and link these records with data from other organisations.

So it's open, but it's often not very linked. If we're after a 'digital ecosystem of online open materials', this open data is only a baby step. But it's often where cultural organisations finish their work.

But many others, particularly in the classical and ancient world, have managed to overcome these issues to publish and use linked open data. So why do museums, libraries and archives seem to struggle? I'll suggest some possible reasons as conversation starters…

Organisations are often busy enough keeping their internal systems up and running, dealing with the needs of visitors in their physical venues, working on ecommerce and picture library systems…

Cultural heritage technologists are often generalists, and apart from being too time-stretched to learn new technologies for the fun of it, they might not have the computational or information science skills necessary to implement the full linked data stack.

Some cultural heritage technologists argue that they don't know of any developers who can negotiate the complexities of SPARQL endpoints, so why publish it? The complexity is multiplied when complex data models are used with complex (or at least, unfamiliar) technologies. For some, SPARQL puts the 'end' in 'endpoint', and 'RDF triples' can seem like an abstraction too far. In these circumstances, the instruction to provide linked open data as RDF is a barrier they won't cross.

But sometimes it feels as if some heritage technologists are unnecessarily allergic to complexity. Avoiding unnecessary complexity is useful, but progress can stall if they demand that everything remains simple enough for them to feel comfortable. Some technologists might benefit from working with people more used to thinking about structured data, such as cataloguers, registrars etc. Unfortunately, linked open data falls in the gap between the technical and the informatics silos that often exist in cultural organisations.

And organisations are also not yet using triples or structured data provided by other organisations [with the exception of identifiers for e.g. people, places and specific vocabularies]. They're publishing data in broadcast mode; it's not yet a dialogue with other collections.

In a way, this is the collections documentation version of the technical barriers. If the data doesn't already exist, it's hard to publish. If it needs work to pull it out of different departments, or different individuals, who's going to resource that work? Similarly, collections staff are unlikely to have time to map their data to CIDOC-CRM unless there's a compelling reason to do so. (And some of the examples given might use cultural heritage collections but are a better fit with the work of researchers outside the institution than the institution's own work).

It may be easier for some types of collections than others – art collections tend to be smaller and better described; natural history collections can link into international projects for structured data, and libraries can share cataloguing data. Classicists have also been able to get a critical mass of data together. Your local records office or small museum may have more heterogeneous collections, and there are fewer widely used ontologies or vocabularies for historical collections. The nature of historical collections means that 'small ontologies, loosely joined', may be more effective, but creating these, or mapping collections to them, is still a large piece of work. While there are tools for mapping to data structures like Europeana's data model, it seems the reasons for doing so haven't been convincing enough, so far. Which brings me to…

This is an important point, and an area the community hasn't paid enough attention to in the past. Too many conversations have jumped straight to discussion about the specific standards to use, and not enough have been about the benefits for heritage audiences, scholars and organisations.

Many technologists – who are the ones making decisions about digital standards, alongside the collections people working on digitisation – are too far removed from the consumers of linked open data to see the benefits of it unless we show them real world needs.

There's a cost in producing data for others, so it needs to be linked to the mission and goals of an organisation. Organisations are not generally able to prioritise the potential, future audiences who might benefit from tools someone else creates with linked open data when they have so many immediate problems to solve first.

While some cultural and historical organisations have done good work with linked open data, the purpose can sometimes seem rather academic. Linked data is not always explained so that the average, over-worked collections or digital team will that convinced by the benefits outweigh the financial and intellectual investment.

No-one's drinking their own champagne

You don't often hear of people beating on the door of a museum, library or archive asking for linked open data, and most organisations are yet to map their data to specific, widely-used vocabularies because they need to use them in their own work. If technologists in the cultural sector are isolated from people working with collections data and/or research questions, then it's hard for them to appreciate the value of linked data for research projects.

The classical world has benefited from small communities of scholar-technologists – so they're not only drinking their own champagne, they're throwing parties. Smaller, more contained collections of sources and research questions helps create stronger connections and gives people a reason to link their sources. And as we're learning throughout the day, community really helps motivate action.

(I know it's normally called 'eating your own dog food' or 'dogfooding' but I'm vegetarian, so there.)

Getting linked open data into collections management systems should mean that publishing linked data is an automatic part of sharing data online.

Chicken or the egg?

So it's all a bit 'chicken or the egg' – will it stay that way? Until there's a critical mass, probably. These conversations about linked open data in cultural heritage have been going around for years, but it also shows how far we've come.

[And if you've published open data from cultural heritage collections, linked open data on the classical or ancient world, or any other form of structured data about the past, please add it to the wiki page for museum, gallery, library and archive APIs and machine-readable data sources for open cultural data.]