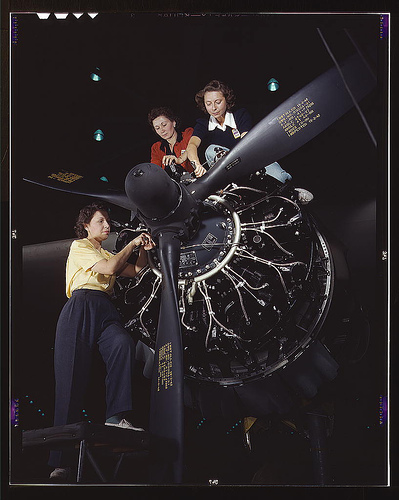 Two upcoming events suggest that academia is starting to recognise that specialist technologists – AKA 'research software engineers' or 'digital humanities software developers' – make intellectual contributions to research software, and further, that it is starting to realise the cost of not recognising them. In the UK, there's a 'workshop for research software engineers' on September 11; in the US there's Speaking in Code in November (which offers travel bursaries and is with ace people, so do consider applying).

But first, who are these specialist technologists, and why does it matter? The UK Software Sustainability Institute's 'workshop for research software engineers' says 'research software engineers … not only develop the software, they also understand the research that it makes possible'. In an earlier post, The Craftsperson and the Scholar, UCL's James Hetherington says a 'good scientific coder combines two characters: the scholar and the craftsperson'. Research software needs people who are both scholar – 'the archetypical researcher who is driven by a desire to understand things to their fullest capability' and craftsperson who 'desires to create and leave behind an artefact which reifies their efforts in a field': 'if you get your kicks from understanding the complex and then making a robust, clear and efficient tool, you should consider becoming a research software engineer'. A supporting piece in the Times Higher Education, 'Save your work – give software engineers a career track' points out that good developers can leave for more rewarding industries, and raises one of the key issues for engineers: not everyone wants to publish academic papers on their development work, but if they don't publish, academia doesn't know how to judge the quality of their work.

Over in the US, and with a focus on the humanities rather than science, the Scholar's Lab is running the 'Speaking in Code' symposium to highlight 'what is almost always tacitly expressed in our work: expert knowledge about the intellectual and interpretive dimensions of DH code-craft, and unspoken understandings about the relation of that work to ethics, scholarly method, and humanities theory'. In a related article, Devising New Roles for Scholars Who Can Code, Bethany Nowviskie of the Scholar's Lab discussed some of the difficulties in helping developers have their work recognised as scholarship rather than 'service work' or just 'building the plumbing':

"I have spent so much of my career working with software developers who are attached to humanities projects," she says. "Most have higher degrees in their disciplines." Unlike their professorial peers, though, they aren't trained to "unpack" their thinking in seminars and scholarly papers. "I've spent enough time working with them to understand that a lot of the intellectual codework goes unspoken," she says.

Digital humanists spend a lot of time thinking about the role of 'making things' in the digital humanities but, to cross over to my other domain of interest, I think the international Museums and the Web conference's requirement for full written papers for all presentations has helped more museum technologists translate some of their tacit knowledge into written form. Everyone who wants to present their work has to find a way to write up their work, even if it's painful at the time – but once it's done, they're published as open access papers well before the conference. Museum technologists also tend to blog and discuss their work on mailing lists, which provides more opportunities to tease out tacit knowledge while creating a visible community of practice.

I wasn't at Museums and the Web 2013 but one of the sessions I was most interested in was Rich Cherry and Rob Stein's 'What’s a Museum Technologist today?' as they were going to report on the results of a survey they ran earlier this year to come up with 'a more current and useful description of our profession'. (If you're interested in the topic, my earlier posts on museum technologists include On 'cultural heritage technologists', Confluence on digital channels; technologists and organisational change?, Museum technologists redux: it's not about us, Survey results: issues facing museum technologists.) Rob's posted their slides at What is a Museum Technologist Anyway? and I'd definitely recommend you go check them out.  Looking through the responses, the term 'museum technologist' seems to have broadened as more museum jobs involve creating content for or publishing on digital channels (whether web sites, mobile apps, ebooks or social media), but to me, a museum technologist isn't just someone who uses technology or social media – rather, there's a level of expertise or 'domain knowledge' across both museums and technology – and the articles above have reinforced my view that there's something unique in working so deeply across two or more disciplines. (Just to be clear: this isn't a diss for people who use social media rather than build things – there's also a world of expertise in creating content for the web and social media). Or to paraphrase James Hetherington, "if you get your kicks from understanding the complex and then making a robust, clear and efficient tool, you should consider becoming a museum technologist'.

To further complicate things, not everyone needs their work to reflect all their interests – some programmers and tech staff are happy to leave their other interests outside the office door, and leave engineering behind at the end of the day – and my recent experiences at One Week | One Tool reminded me that promiscuous interdisciplinarity can be tricky. Even when you revel in it, it's hard to remember that people wear multiple hats and can swap from production-mode to critically reflecting on the product through their other disciplinary lenses, so I have some sympathy for academics who wonder why their engineer expects their views on the relevant research topic to be heard. That said, hopefully events like these will help the research community work out appropriate ways of recognising and rewarding the contributions of researcher developers.

One thought on “Beyond code monkeys: recognising technologists' intellectual contributions”