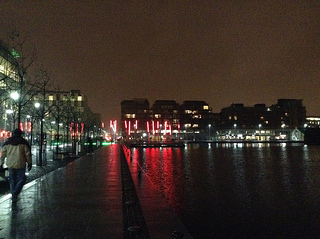 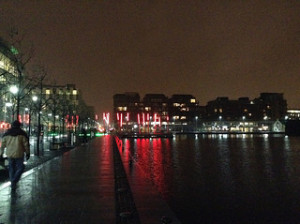 A quick update from my CENDARI fellowship working on a project that's becoming 'In their own words: linking lived experiences of the First World War'. I've spent the week reading (again a mixture of original diaries and letters, technical stuff like ontology documentation and also WWI history forums and 'amateur' sites) and writing. I put together a document outlining a rang of possible goals and some very sketchy tech specs, and opened it up for feedback. The goals I set out are copied below for those who don't want to delve into detail. The commentable document, 'Linking lived experiences of the First World War': possible goals and a bunch of technical questions goes into more detail.

However, the main point of this post is to publicly thank those who've helped by commenting and sharing on the doc, on twitter or via email. Hopefully I'm not forgetting anyone, as I've been blown away by and am incredibly grateful for the generosity of those who've taken the time to at least skim 1600 words (!). It's all helped me clarify my ideas and find solutions I'm able to start implementing next week. In no order at all – at CENDARI, Jennifer Edmond, Alex O'Connor, David Stuart, Benjamin Štular, Francesca Morselli, Deirdre Byrne; online Andrew Gray @generalising; Alex Stinson @ DHKState; jason webber @jasonmarkwebber; Alastair Dunning @alastairdunning; Ben Brumfield @benwbrum; Christine Pittsley; Owen Stephens @ostephens; David Haskiya @DavidHaskiya; Jeremy Ottevanger @jottevanger; Monika Lechner @lemondesign; Gavin Robinson ‏@merozcursed; Tom Pert @trompet2 – thank you all!

Worthy goals (i.e. things I'm hoping to accomplish, with the help of historians and the public; only some of which I'll manage in the time)

At the end of this project, someone who wants to research a soldier in WWI but doesn't know a thing about how armies were structured should be able to find a personal narrative from a soldier in the same bit of the army, to help them understand experiences of the Great War.

Hopefully these personal accounts will provide some context, in their own words, for the lived experiences of WWI. Some goals listed are behind-the-scenes stuff that should just invisibly make personal diaries, letters and memoirs more easily discoverable. It needs datasets that provide structures that support relationships between people and documents; participatory interfaces for creating or enhancing information about contemporary materials (which feed into those supporting structures), and interfaces that use the data created.

More specifically, my goals include:

Goals that are more likely to drop off, or become quick experiments to see how far you can get with accessible tools:
Commentable version: 'Linking lived experiences of the First World War': possible goals and a bunch of technical questions.