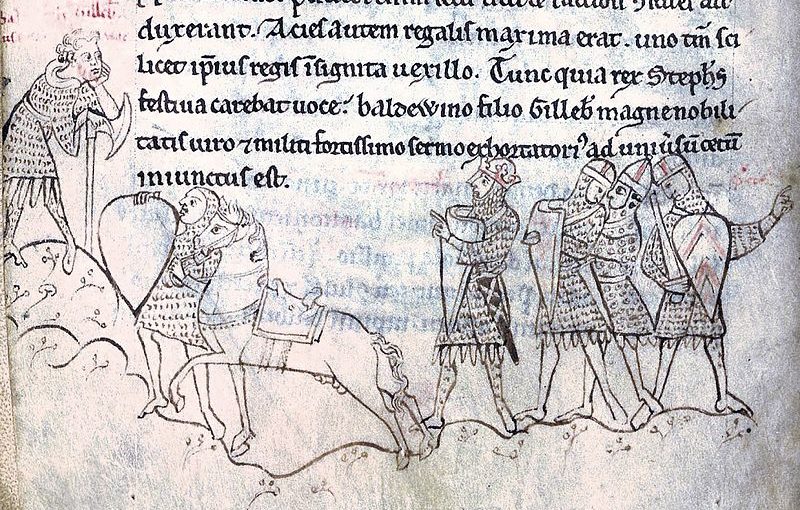 Someone asked me recently if there's any evidence that people really want access to digitised collections, so I popped onto twitter and asked, 'Does anyone have a good example of a digitised image on Wikimedia or similar that reached a huge audience compared to the GLAM's own site?'. Here are the responses I received:

Michael Gasser @M_Gasser mentioned a photo from Zurich's ETH Library that by mid-September had 160,000 views on the Wikipedia page about Sagrada Familia, dwarfing views on their own site. He also shared a blog post about their project, Reaching out to new users. ETH Library’s archives in the world of Wikimedia.

Jason Evans, (@WIKI_NLW), Wikimedian at the National Library of Wales said, 'We shared around 15,000 images from @NLWales about 2 years ago and they have been viewed over 300 million times on Wiki', and 'This image by Magnum Photographer Philip Jones Griffiths is our most viewed with around half a mil views each month [link to stats on BaGLAMa]'.

Pat Hadley (@PatHadley) said 'Coins from @YorkshireMuseum get loads of traffic [link to stats on BaGLAMa] thanks to @YMT_Coins work long after my residency!'. Andrew Woods @YMT_Coins expanded that the project wasn't just about getting big numbers: 'My aims were more associated w proof of concept. Can we do this? How long does it take? Possible with volunteers with no previous exp? Etc'. It's fantastic to see this sort of experiment with specialist collections.

Helge David (@helge_david) shared a link to a YouTube video of The Roentgens' Berlin Secretary Cabinet, saying '14.1 million views of an 18th century cabinet suggests the right object can catch people's imagination when some care is taken to make it intellectually accessible and freely available online.' The video proves that perfectly, I think.

Sara Devine (@SaraDevine) replied to say 'Yes! We have several @brooklynmuseum examples from past project[s]', linking to "Africanizing" Wikipedia, one of Brooklyn Museum's experiments with sharing images and improving content on Wikipedia.

Merete Sanderhoff (@MSanderhoff) said 'This painting @smkmuseum is not on display but widely used on Wikipedia i.e. in entry on Lions [Christian VIII og Caroline Amalie i salvingsdragt.jpg] (thx @LizzyJongma :)' and that 'Some of the most popular @rijksmuseum images on Wikimedia are hidden treasures like Het kanonschot, Willem van de Velde (II), ca. 1680 and Het kasteel van Batavia, Andries Beeckman, ca. 1661'.

Illtud Daniel‏ (@illtud) simply linked to a tweet saying that a National Library of Wales image was used on Europeana's 404 page, asking 'Is this cheating?'.

Discussing images from the British Library, my colleague Ben O'Steen (@benosteen) noted that a manuscript image of Stephen of England had 735,324,085 views when it was on the front page of the English-language Wikipedia in October 2016.

Maarten Brinkerink and Johan Oomen provided an update on a 2011 post on usage of the Dutch Open Images platform for audiovisual material via email:

As of May 2017, 'On average we get 19 million page views a month on articles that feature material from our archive. This exposure is generated by the 9,000 articles that reuse our material (spread over more than 100 languages versions of Wikipedia).

Since we've been available for reuse on Wikimedia Commons, in total, pages that reuse our content have generated 668 million page views.

To date we have donated about 10,000 digital objects to Wikimedia Commons, of which 35% are actually being reused in one article or more.'

As you can tell by the number of links to stats on BaGLAMa, this tool is key for organisations who want to understand where their images are being viewed across Wikimedia. The huge spike in the image shows the month mentioned by Ben when Stephen of England hit the front page of Wikipedia. (A few years ago I posted tips on Who loves your stuff? How to collect links to your site.)

Thanks to the example shared in response to a single tweet, it seems clear that even if people don't say to themselves, 'what I really want is an image from a museum, archive or library', when they want the answer to a question, content from cultural institutions helps make that answer a good one. Views on images on an institution's own site might be relatively low, but making those images reusable by Wikimedia and other sites like Retronaut clearly has an impact. It's not just that someone has done the work to put items in context and make them intellectually (or emotionally) accessible, it's also that they're placed on sites and platforms that people are already used to visiting. Access to digitised collections provides a useful public service, provoking curiosity and wonder, and teaching us about the past.

3 thoughts on “Do people want access to digitised collections?”