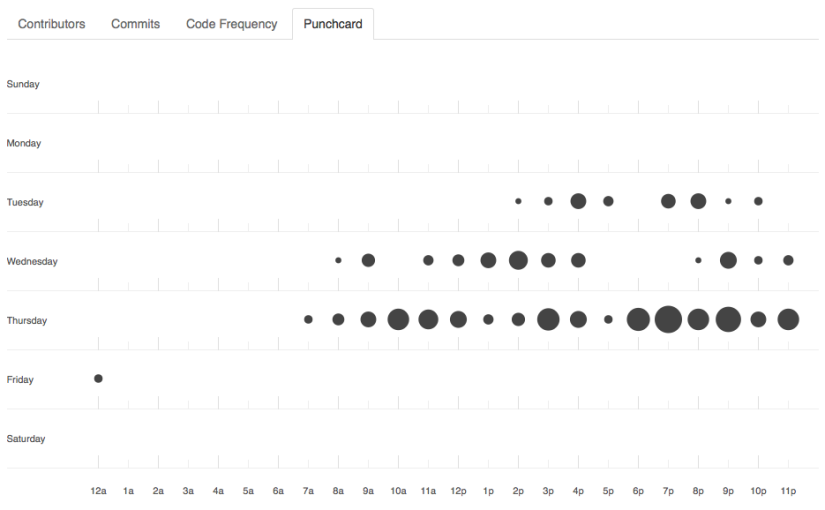 If you’d asked me at 6pm, I would have said I’d have been way too tired to blog later, but it also felt like a shame to break my streak at this point. Today was hard work and really tiring – lots to do, lots of finicky tech issues to deal with, some tricky moments to work through – but particularly after regrouping back at the hotel, the dev/design team powered through some of the issues we’d butted heads against earlier and got some great work done.  Tomorrow will undoubtedly be stressful and I’ll probably triage tasks like mad but I think we’ll have something good to show you.

As I left the hotel this morning I realised an intense process like this isn’t just about rapid prototyping – it’s also about rapid trust. When there’s too much to do and barely any time for communication, let alone  checking someone else’s work, you just have to rely on others to get the bits they’re doing right and rely on goodwill to guide the conversation if you need to tweak things a bit.  It can be tricky when you’re working out where everyone’s sense of boundaries between different areas are as you go, but being able to trust people in that way is a brilliant feeling. At the end of a long day, I’ve realised it’s also very much about deciding which issues you’re willing to spend time finessing and when you’re happy to hand over to others or aim for a first draft that’s good enough to go out with the intention to tweak if it you ever get time. I’d asked in the past whether a museum’s obsession with polish hinders innovation so I can really appreciate how freeing it can be to work in an environment where to get a product that works, let alone something really good, out in the time available is a major achievement.

Anyway, enough talking. Amrys has posted about today already, and I expect that Jack or Brian probably will too, so I’m going to hand over to some tweets and images to give you a sense of my day. (I’ve barely had any time to talk to or get to know the Outreach team so ironically reading their posts has been a lovely way to check in with how they’re doing.)

OH at #OWOT ‘I’m not sure JK Rowling approves of me’. Also, an earlier unrelated small round of applause. Progress is being made.
— Mia (@mia_out) August 1, 2013